From Religion to Spirituality

From Religion to Spirituality 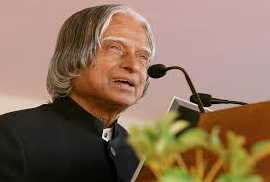 Normally I don’t make much comments to unending Facebook posts fearing the nature of the troll in the social media. However, I happened to write comment to a Facebook post of a friend that religion never solved any problems of humanity, and, at the same time, it must own responsibility for almost all problems of human beings. As expected, there came many protests on the comment I made. People were wondering why an important office holder of a Church talked against religion.

Alright, I realise there is a need for an explanation from my side. First, I did not go running behind the position of Trustee of Sacred Heart Catholic Church- Adoor. I was compelled to take up the responsibilities at a critical juncture and I could not refuse considering my association with the church from childhood days. In fact, I availed the opportunity to give something back to the community that played a role in bringing me up. Secondly, throughout my life, I have been looking at religion from different view points.

In my opinion, this should be considered as either the only use or one of the uses of religion. Religion can trigger the spiritual transformation within a person. Though religion cannot solve any problems of humanity, spirituality can! That means, religion is indirectly helping humanity. But the question is, are we really interested in graduating to spirituality? The answer seems to be no. We are rather afraid to come out of the shell of religion and step into the world of spirituality. We are unable to cut the fragile rope with which we were tied to the religion and free ourselves to make the entry to spirituality possible. It is often a scenario like a student who passed out from school and joined college is still lingering around the school without attending his classes in college.

We know that the rope with which we are tied up with religion is fragile. If we want, we could break it with just a shake. Instead, we prefer to get entangled with the rope and make the knot more complicated so that liberation to spirituality becomes impossible. This is the simple process of transforming to religious fundamentalism.

The so-called priesthood of every religion plays a vital role in transforming devotees to fundamentalists. In fact, they don’t want to lose a devotee as the group of devotees is the foundation of their very existence. They feed more and more superstitions and rituals to the devotees to keep them under intoxication steadily. This is when the religion becomes opium.

The clergy also makes use of certain concessions to the devotees to ensure that they become lifelong slaves of the religion. A space in cemetery, admissions to schools and colleges owned by corporate management of the religious sect and jobs in institutions controlled by those managements are used as instigation. It's a simple give and take arrangement. Accepting the titbits thrown towards us we allow ourselves to be fooled. It would require tremendous courage to refuse the sundry things and live as one’s original self. If that path is chosen, one will have to face a lot of challenges throughout his/her life. An ordinary person would not endeavour it.

I really think that a middle path is possible. Stay with whatever religion we are born into and let the priesthood know that the fooling around is both ways. At the same time, search for the ultimate truth. Accept spirituality as the way of life.

Think for a moment. Is there anything serious about the religion we belong to? Are we not there only because our parents belonged to that religion? Is it really with total conviction that we say ours is the true religion and only through this religion one can enter heaven? Do we really care for heaven and hell?

I’m a Christian. That’s because my parents were Christians and I have inherited that attribute by birth. Knowing that fact well enough, I have respect for all religions. I have even more respect for Hindus as it was because of their magnanimity that other religions flourished in this soil. I also believe that India continues to be a secular nation only because Hindus are the majority. If the majority had been any other religion, the nation would have been a republic of that religion by now.

Popular posts from this blog